Julieanna Bottorff has lived in her quiet Sedona neighborhood for 20 years. A deer path that runs behind her house and across the street was regularly trafficked by wildlife.

Then a developer moved in across the street and ripped up the path, she says.

The developer plans to build as many as five 6,000-square-foot homes to be used as short-term rentals, neighbors say. The once quiet street is now punctuated with the steady noise of construction.

The move comes as residents of the tourist hotspot grapple with the consequences of a two-year-old state law that restricts how cities and towns can regulate short-term home rentals advertised on websites such as Airbnb or VRBO.

On Wednesday, more than 150 people attended a city meeting. The Sedona residents grilled state Rep. Bob Thorpe, R-Flagstaff, about how the state plans to address the law’s consequences.

Among them: investors moving into neighborhoods to buy up multiple homes, vacation renters driving up housing costs and the changing neighborhood dynamics.

Several homeowners supported the recent law that allowed vacation rentals to flourish in Arizona. They spoke about how the short-term rentals made it possible for them to pay their mortgages.

But most residents insisted that local control must be returned to the city so that it can manage the number of investors buying up homes to turn into short-term rentals.

“We have a very good city council, and the state of Arizona has emasculated them in this area,” resident Avrum Cohen said.

He called Thorpe a hypocrite, comparing the law to the federal government handing down unwanted mandates to the state.

“It’s the only state in the union that has done this to its cities, and it’s a state that doesn’t like the federal government.”

Others said they appreciated the lawmaker listening to their concerns. Thorpe said he is committed to proposing legislation to address issues when the legislative session begins in January.

“Property is the pursuit of happiness. That’s why I’m here today,” said Thorpe, whose legislative district includes Sedona. “I believe this is not a political issue, it’s a quality of life issue.”

But overriding the law could be an uphill battle if this year’s legislative session was any indicator. 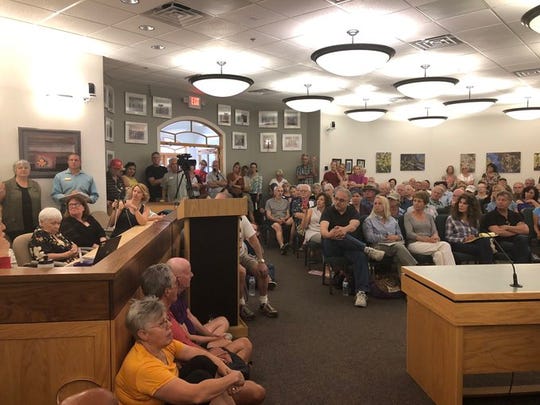 More than 150 residents attended a city meeting Wednesday, July 24 to press Rep. Bob Thorpe about short-term rentals that they say have taken over the city. (Photo: Lorraine Longhi/The Republic)
A sea of red dots on city map shows vacation rentals

The law, dubbed “the Airbnb bill,” was sponsored by now-Congresswoman Debbie Lesko, a Peoria Republican, in 2016 and enthusiastically signed by Gov. Doug Ducey.

Thorpe said that the bill was described to lawmakers as a way for homeowners to make extra money renting spare bedrooms in their homes.

“We never anticipated that somebody would go into a neighborhood, purchase a home and turn it into a mini-hotel,” Thorpe said.

Assistant City Manager Karen Osburn said the city faces a housing shortage, which has been exacerbated by the law.

The city does not have comprehensive data on the current rental market, but of the 6,500 housing units in the city, only 29 were available for long-term rentals on Zillow, Osburn said.

In January, City Manager Justin Clifton told The Arizona Republic there were more than 1,000 vacation rentals in the city, or about 20% of Sedona’s total housing inventory.

Housing costs continue to rise at a level outpacing the rest of the country, Osburn said.

Debra Donovan, who has rented in Sedona for 19 years, said that she fears the owner of her current rental will turn it into a short-term rental when her one-year lease is up.

Donovan says loyal, long-term renters in Sedona are passed over as homeowners seek to capitalize on the short-term rental market.

The crowd erupted in anger as Osburn displayed a map flooded with red dots indicating the short-term rentals operating in west Sedona.

“I’m certainly a person that believes in the free market,” Thorpe told The Republic after the meeting. “That map though is kind of disturbing.” 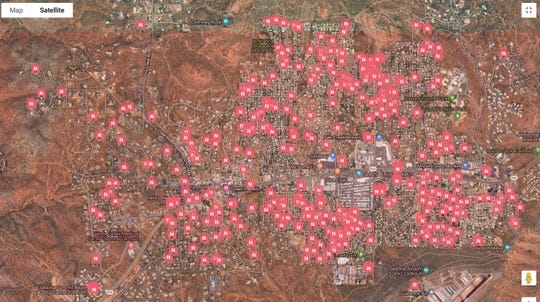 Will Ducey go for it?

Residents across Arizona have raised complaints about increased noise, trash and traffic in their neighborhoods from the growing number of vacation rentals.

The Legislature passed House Bill 2672, sponsored by Rep. John Kavanagh, R-Fountain Hills, this spring to address “party houses” and the use of short-term rentals for special events that bring in crowds.

To get it through the Senate, Kavanagh’s bill was stripped of restrictions on investor-owned vacation rentals and limits on the number of guests.

Gov. Doug Ducey, in a statement accompanying his signing of the bill, said he would take corrective action if the new restrictions were applied too broadly.

“In Arizona, we respect the right to do what we want with our property without undue government interference,” Ducey wrote.

Thorpe told Sedona residents that he would reach out to the governor’s staff and suggest Ducey visit the city himself to talk with residents.

“Getting things accomplished down at the Capitol, if you have the governor on your side, it certainly helps,” Thorpe said. 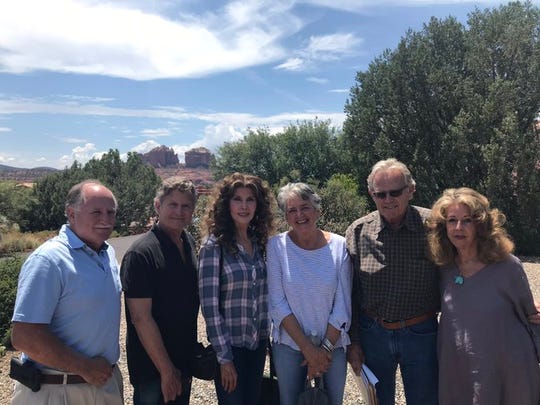 Sedona residents are pushing back against a state law that has brought an influx of short-term rentals into the city. (Photo: Lorraine Longhi/The Republic)

HOAs have the power … for now

One group that has managed to retain its regulatory power over short-term rentals is homeowners associations.

The 2016 law only curbs cities and towns ability to regulate short-term rentals, but says nothing about HOAs and individual neighbors taking action.

As a result, several HOAs have managed to ban short-term rentals from operating in their neighborhoods through their Covenants, Conditions and Restricts, or CC&Rs, the rules that govern homeowners in HOA communities.

But Sedona resident Jennifer Tanner says she is locked in a dispute with realtors who are selling homes in her neighborhood.

Tanner told Thorpe she plans to sue, but recognizes that most people would not have the resources to bring a lawsuit against misinformation like this.

The experience has forced Tanner to reflect on the changing dynamics of her neighborhood.

“People buy into a community to live there and be a part of a community, but now it’s an investment,” Tanner told The Republic. “They killed our city. What right do they have to just do that?”

‘Most of us can’t come home’

Danielle Donovan said she is one of only a handful of students from her graduating class who was able to move back to Sedona after college. She attributes that to the high cost of housing.

The median wage in Sedona is approximately $13 an hour, and the median income for a family of four is $56,000, which makes purchasing a home “simply not attainable,” Osburn said.

Now 32, Donovan mourns for the community that she grew up in, one that she says has been lost with the influx of vacation renters descending on the city.

The city closed one of its two elementary schools last year after enrollment in the district dropped from 1,300 students in 2009 to 766 students in 2019.

It all comes down to the unsustainable housing situation, she said.

“When you have this kind of saturation, homes are converted to short-term rentals, when you leave your home and you go for a walk in your neighborhood, you don’t recognize people anymore,” Osburn said. “You don’t have community.”

Hawley said that 20% of the new teachers the district hired for the 2019-2020 school year ultimately resigned after being unable to find housing in the area.

The district’s new superintendent bid on four houses, but was outbid each time by someone who paid $30,000 to $40,000 more in cash, Hawley said.

Hawley, like most residents at the meeting, asked state lawmakers to give cities back the control to regulate vacation rentals.

He referred to an old saying that no matter how far one goes down the wrong road, they should turn around and go back.

“It’s time to turn around and go back,” he said.

You can read the full AZ Central article here.

Does your town need smart short-term rental reforms? Sign below!